As if I followed a path drawn by your voice,
an echo.

Groove, or furrow. Or else, cleavage.

A scar in advance of events. Something between wound and direction being built. Something to follow and bear at the same time.

I would seize the invisible. That, I knew.

You, unforeseen, forward. Before me. 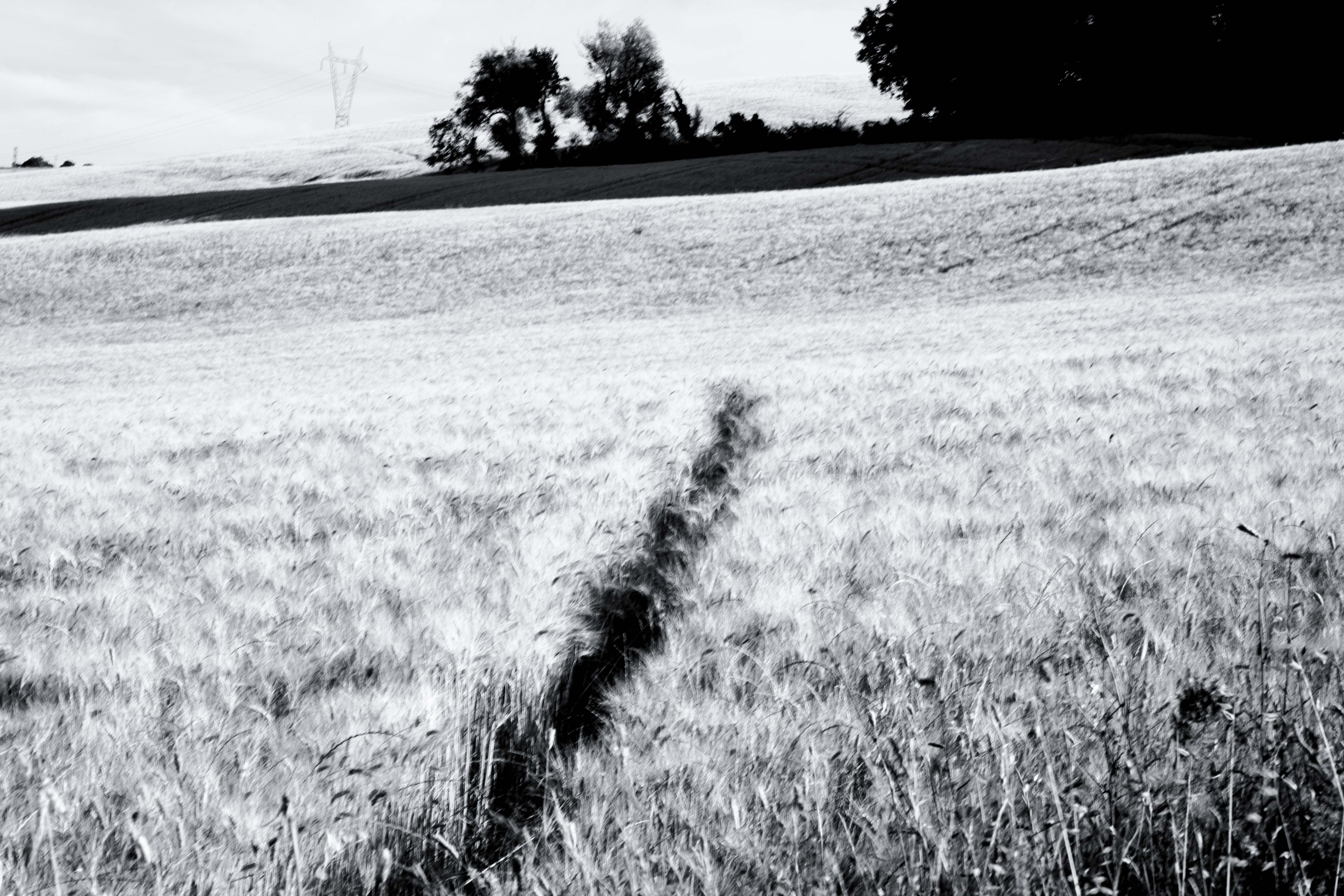 I have touched the sound of your voice.

The echo stays, within. You will think, or I will.
It does not change anything.
How buildings look at us.
The sad way the windows, like mirrors, give us back the shadow of those who live in that stair system.
The smell of those kitchens.
Daily drugs, driven to us as dust, daily, by inattentive eyes.
With inattentive eyes.

How the void of walls may be filled with your unknown presence.

As if something never seen before became visible in its resounding silence.

Waiting for the light to flood from windows you can only guess behind the corner.

August 7th 2017
There, beyond the sway of curtains, men walk.

The casual frailty of a gesture,

As if for light to answer.